Increase in Rate of Improvement
Rate of improvement in knowledge between the pre- and post-test increased from 346% to 442% after implementing Hawkes.

44% Increase in the Number of As on Post-Test
Only 23% of the students achieved an A before Hawkes, compared to 67% who achieved an A while using Hawkes.

Two groups of College Algebra students were compared in order to assess objectives learned throughout the term. One group used Hawkes Learning courseware, while one used a textbook only.

Both groups were given a pre-test to determine their initial knowledge base. At the end of the semester a post-test was administered to assess the rate of improvement.

The pre- and post- test covered a range of 14 competencies. Post-test scores were compared for both groups of students.

“My students have told me they never understood math until now. I believe that 99% of that success has to do directly with the courseware.” – Kathy Malone, Instructor 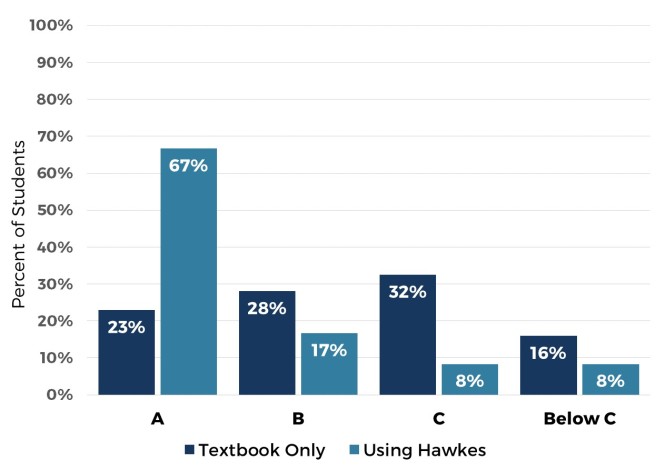