Trigonometric functions are inherently tricky to deal with. There are so many identities and equivalent forms, students are often paralyzed before they start. Our Tutor screens are student-friendly and skillfully guide them through this trigonometric maze.

In the following problem, the student must recognize that the parity (odd or even) of an exponent is the key to determining which trigonometric identity is most useful in rewriting the integral in a form that is more easily evaluated. 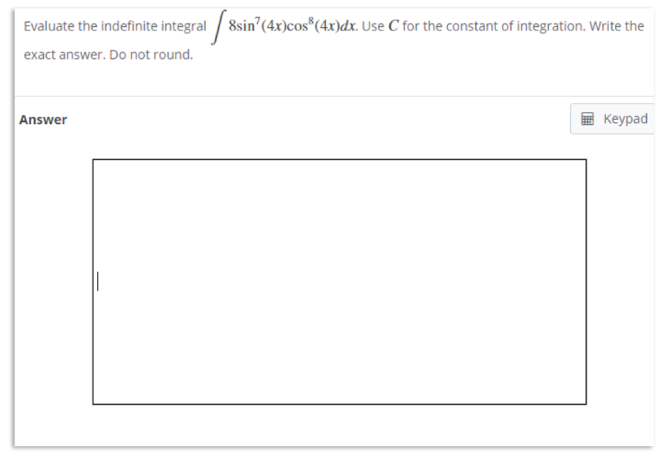 The first step immediately directs the student to the appropriate identity. Although there are other choices for the student, this is the identity which immediately transforms the integrand in such a way that the next substitution becomes apparent. 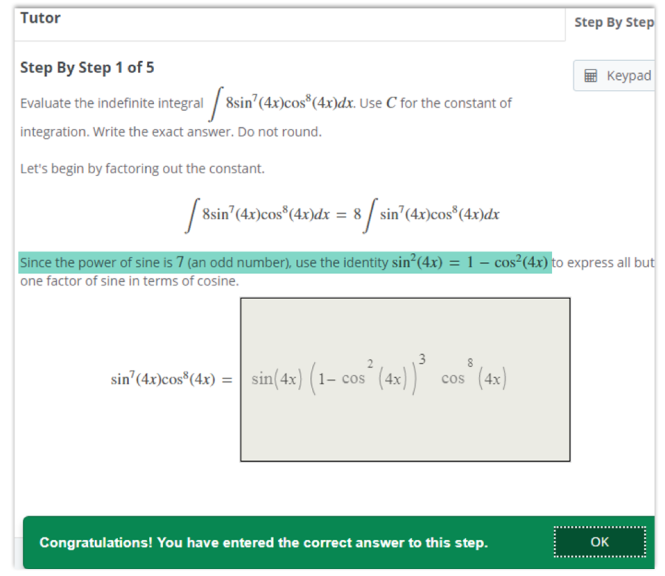 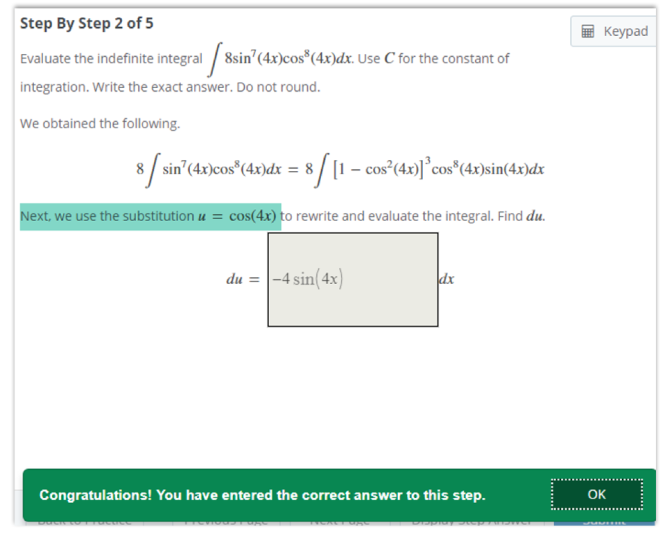 In Step 3, the student is prompted to rewrite the integrand in terms of the new variable u. Note how the expression’s appearance is greatly simplified. 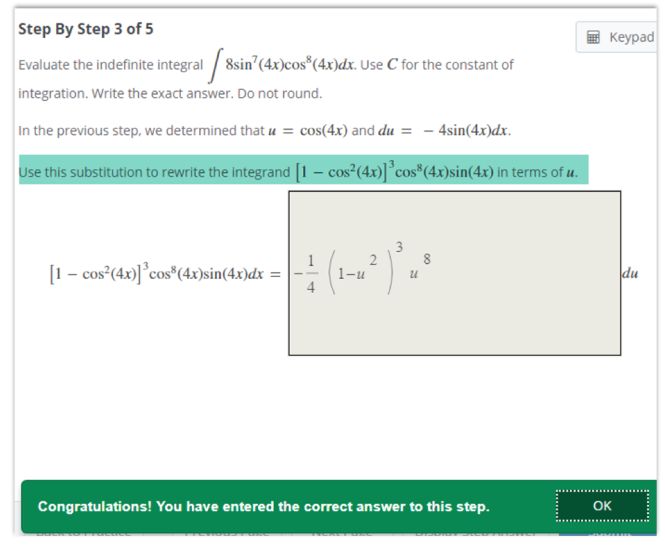 In Step 4, the student is asked to evaluate the new integral in terms of u, being guided through the intermediate algebraic manipulations. 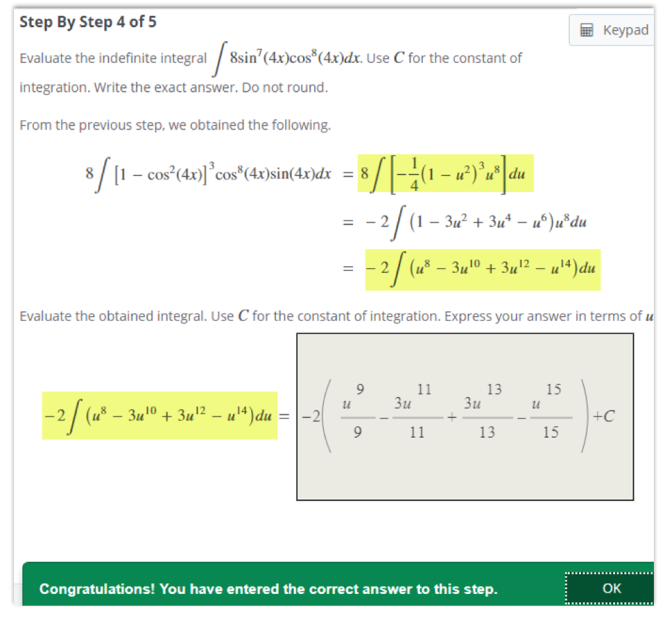 In Step 5, the student is prompted to write the final answer in terms of the original variable. Students often forget to do this final step and leave the answer in terms of u, feeling that after they have taken the antiderivative, they are finished. 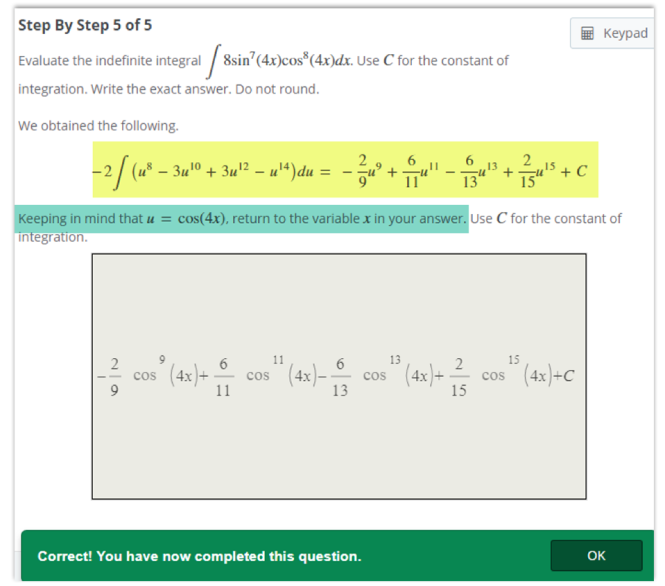 This sample shows a question where students are dealing with trigonometric functions other than the more familiar sine and cosine.

Another helpful learning aid provided in Hawkes’ courseware is Explain Error, which gives students precise feedback from the system’s artificial intelligence. It anticipates and
diagnoses specific errors, stopping students in their tracks and showing them not only that their answer is incorrect, but why it is incorrect.

The identity necessary to this solution has a subtle but important difference from the one used in Sample 1. In Sample 1, we needed to use sin2x = 1 – cos2x but the identity needed for Sample 2 is tan2x = sec2x – 1. Students think of sec2x = 1 + tan2x and often incorrectly switch the roles of sec2x and tan2x and use tan2x = 1 + sec2x. The following Explain Error reminds the student of the correct identity. (Note that the only mistake is one incorrect sign.) 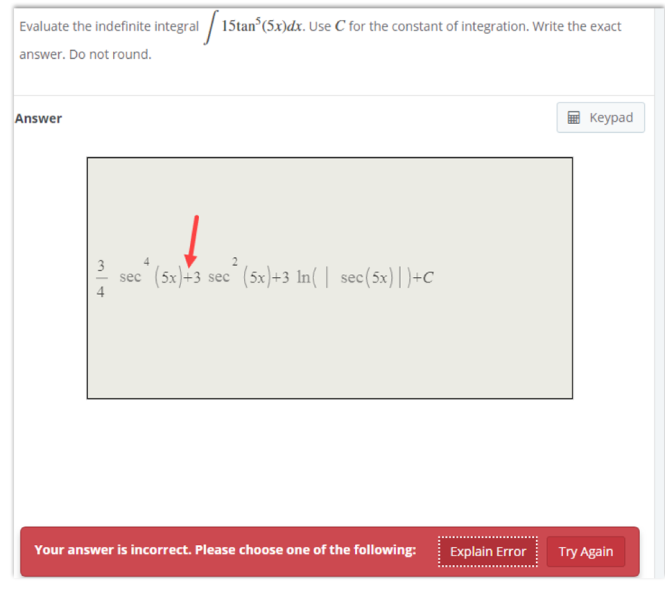 When the student selects the Explain Error option, they are given this specific explanation for where and how they went wrong:

Making the change and using the correct identity, the student can correct their mistake while in Practice mode. 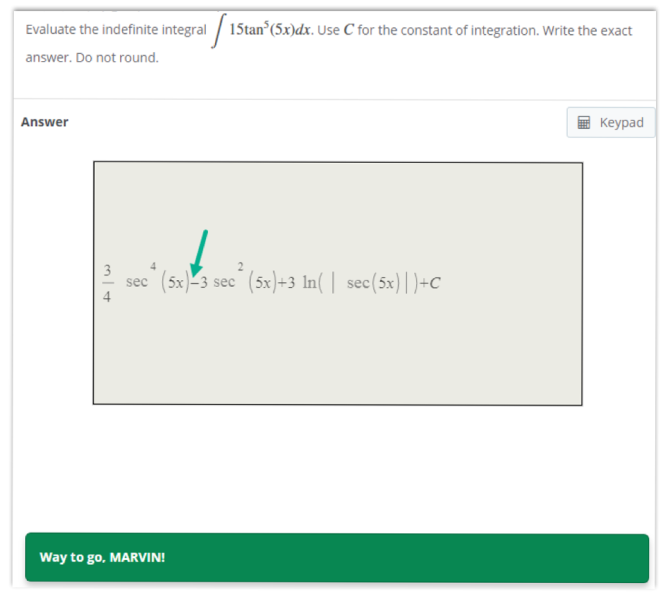