Every year, my colleagues like to have a little friendly competition in between answering phone calls, testing new content, and developing high-performance tools.

The Hawkes Olympics tests our skills in events like corn hole, trivia, bowling, crossword puzzles, and more. Now, it’s about having fun and testing yourself more than it’s about winning, but it’s safe to say that Anna Margaret came out as the main winner. She won…a lot.

Check out the Olympics below!

We have a lot of Hawkes pride, in case you can’t tell from our lobby. In the end, we’re all on the same team.

Who built the tallest tower? These two! 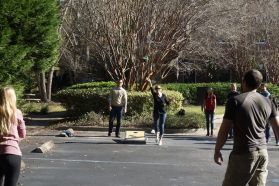 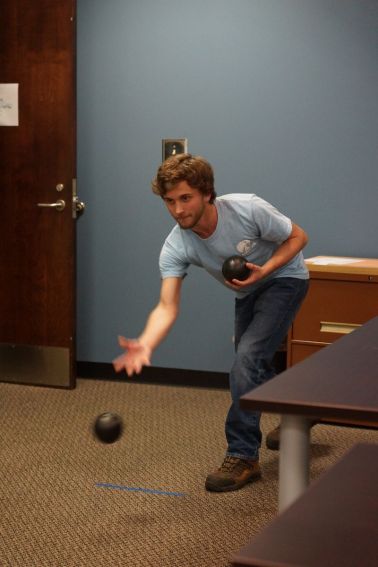 Steven is determined to win the bowling competition.

Chris must have scored three points with this throw.

The winners of the cut-throat ping pong competition.

Rob right before knocking down all of the pins (or maybe just two).

Abby and Brandon take a break from the games for a second.

Cade’s shoes even match the Gatorade in Gatorade Pong. I hope no one drank any haterade after these two swept the competition.

Anna Margaret needs two hands to hold all of her awards.

Marvin and Tim remind us all who won ladderball.

Nikki shows off her award and Hawkes tattoo.